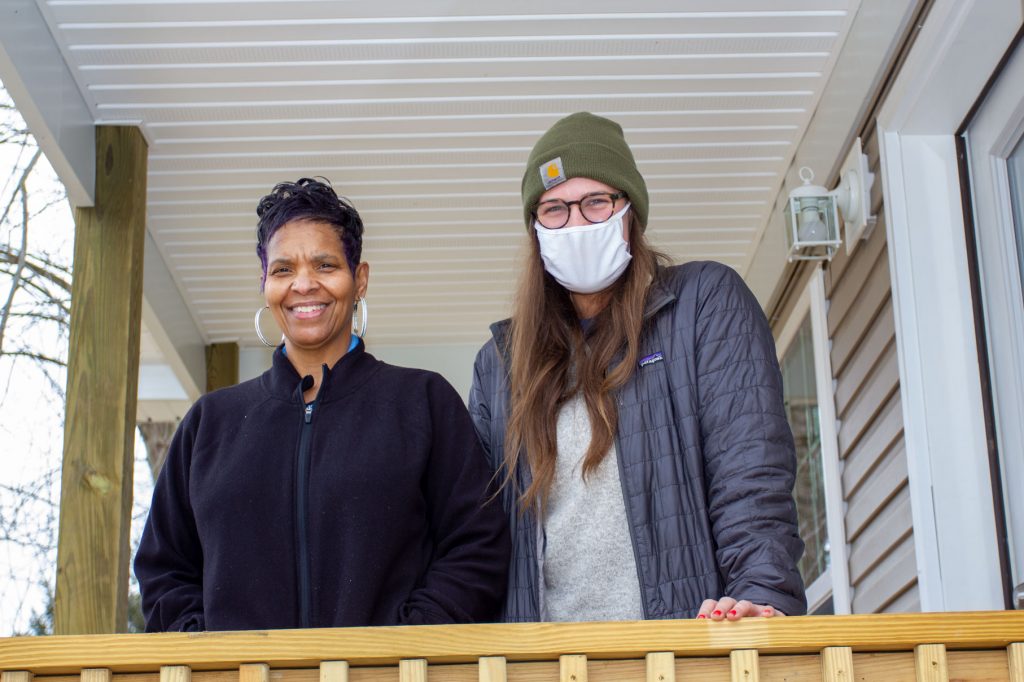 CHARLESTON – The first thing you notice when Stephanie Bego starts talking about the city’s West Side, a place she has called home most of her life, is her passion. She loves the community, she watches out for her neighbors and she extolls the charms that might be overlooked by some.

The second thing you notice is how her enthusiasm transcends words.

When she saw that some younger girls in her neighborhood didn’t have much to do, she started a dance team. The W3 Dance Team started with a few girls in her living room. It is now a 30-person strong squad that competes across the state and bills itself as “Dub V’s Own Majorette Hip-Hop Dance Team.”

“There was so little that I could see that was positive for girls,” Bego said of why she started the W3. “Boys have all kinds of stuff, but there was just nothing for girls.” She admits that it has been a struggle sometimes – being the coach, chief fund raiser and helping young ladies who don’t always have the best home lives. But, she added, “we have to give back.”

It took a tragedy for her to realize just how important the team was to her.

In 2018, Bego lost her former home to a fire. She was in the process of remodeling and had run into some issues with her contractor. The home was exposed and when the blaze started in the kitchen, it tore through the house.

A 40-year employee of Charleston Area Medical Center, Bego had poured her life savings into the remodel and didn’t have any money left. A dispute with her insurance carrier left her uncovered.

She and her daughter went from homeowners to homeless overnight. But it was more than just those two. Bego had been hoping to foster some of the kids in her dance troupe that needed a place to stay. She could no longer take care of older relatives and friends who were sick or needed to recover after illness or surgery.

With her savings drained, Bego and her daughter stayed with family. That’s when she learned of a home building initiative that Appalachian Service Project had started. ASP is a religious-based organization that repairs, rebuilds and constructs homes.

At first, Bego was a little hesitant to apply, noting that she had never utilized public assistance nor had she ever been the beneficiary of help from a non-profit organization.

“Nobody has ever given me anything but a hard time,” she said.

She relented and decided to apply. After a few stops and starts, the project was underway. Bego is now the proud owner of a cozy, four-bedroom, two bath home on Second Avenue.

“This place is amazing,” she said.

While it might not be quite large enough for her dance team to shimmy and shake, Bego said that, in many ways, it was those young girls that kept her going when times were dark.

“I knew I had to pull through for them,” she said.

Bego’s home was funded, in part, through the Home4Good initiative. Home4Good is a program developed by the Federal Home Loan Bank Pittsburgh and the West Virginia Housing Development Fund to address unmet and critical needs in across the state. It works by providing a flexible source of funding for organizations working to address homelessness and those who are immediate danger or being homeless.

“ASP could not be happier to partner to have been able to be part of the Home4Good initiative and our other sponsors. This home could not go to a more deserving homeowner and we are honored to be a part of Ms. Bego’s story and believe in the difference she is making on the West Side. The hand of God was seen throughout the project and we are hopeful that this home is just the beginning of our part in the revitalization of the West Side” – Julie Thompson, Grant Compliance Coordinator Appalachian Service Project