Building full of charm and character

After fire destroyed their home, Albert Priddy and his sister Charlotte Thomas were in the unenviable spot of having to find a new place to live. They wanted to stay on Charleston’s West Side, but their options were limited.

Priddy has some difficulty getting around and Thomas uses a wheelchair. They needed a place close to familiar surroundings, but could accommodate someone with a disability.

When they learned about Glenwood at Luna Park, a senior housing complex partially funded through the West Virginia Housing Development Fund’s Low-Income Housing Tax Credit Program and just a few blocks from their old home, they found their answer.

They now share a spacious two-bedroom unit on the second floor. A bank of windows runs the length of the front room and brings in plenty of natural light. Roomy and comfortable, Priddy says it’s a big change from their last home.

“We have plenty of room to move around. It’s great,” he said.

Glenwood at Luna Park was formerly the Glenwood Elementary School. Classes were held in the building from 1922 until 2011. Charleston-based developer Chris Sadd bought the building and worked with a team for two years to convert it. It now has 31 apartments, including four two-bedroom units. Each has modern appliances, including a washer and dryer, and is heated and air-conditioned. Most apartments still have the original hardwood floors and a number have chalkboards from the school mounted in the walls.

“This is great for Charleston and great for the West Side community. This building could have fallen into disrepair, but Chris and his team breathed new life into Glenwood Elementary School,” said Erica Boggess, the Fund’s Executive Director. “We’ve been able to rehabilitate a number of old schools across this state. That’s a testament to the durability of these structures and the creative vision of the developers.”

Marked by tall ceilings and natural light, the apartments are unique in that no two are exactly alike. The exterior of the building was also renovated. The facility’s nearly 2,100 windows were replaced and updated and an aluminum fence surrounds the property. Over 30 cameras were placed around the property for added security.

Sherry Bossie, the Fund’s Senior Director of Tax Credits and Compliance, said Glenwood at Luna Park was another great example of how rehabilitating an old school makes sense.

“It may be cliché to say they don’t make them like this anymore, but as more developers look to reinvigorate old schools, it becomes apparent how solid these structures are. Rather than tearing them down, the Fund is proud to play a role in bringing these buildings back to life and reinvesting in our communities,” she said. 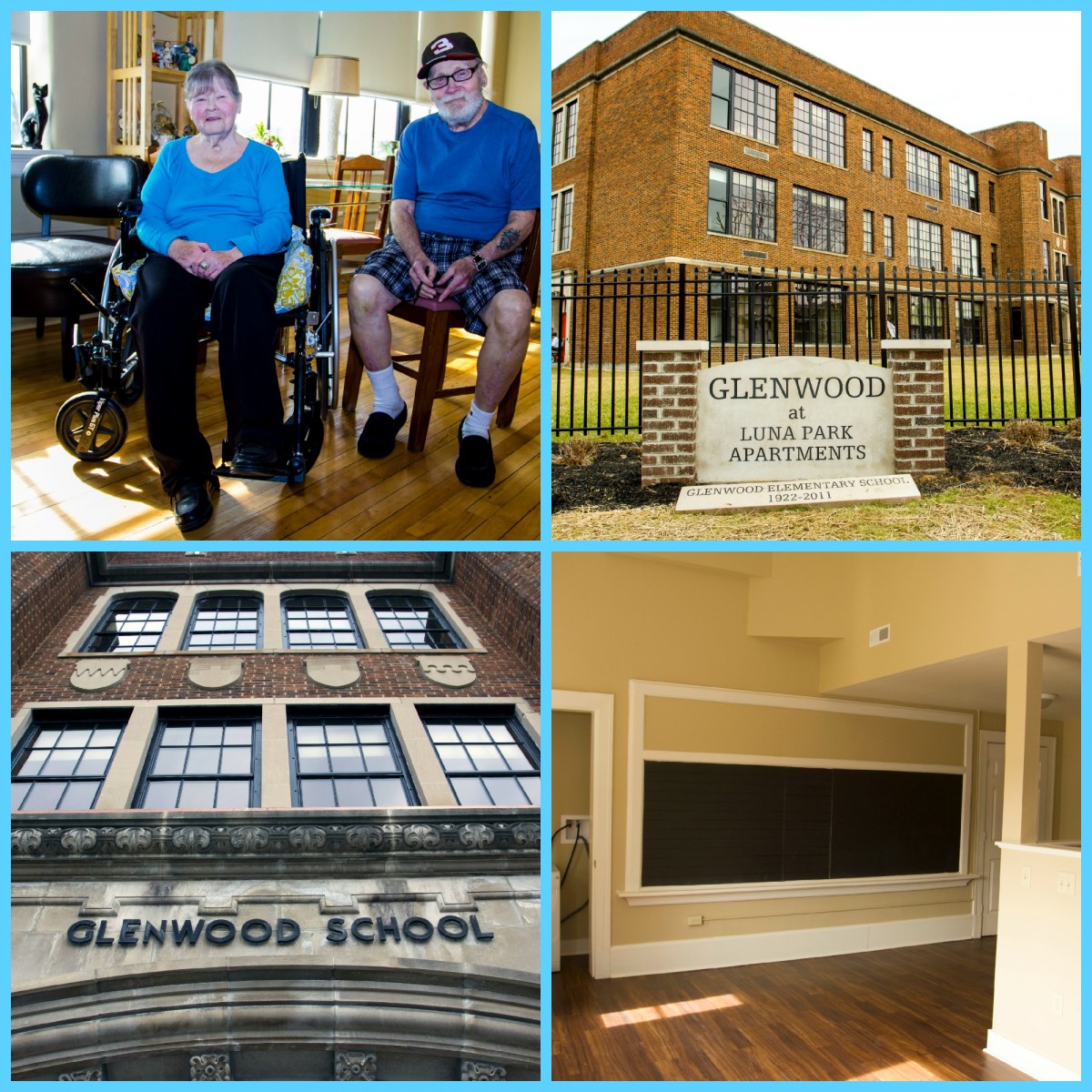